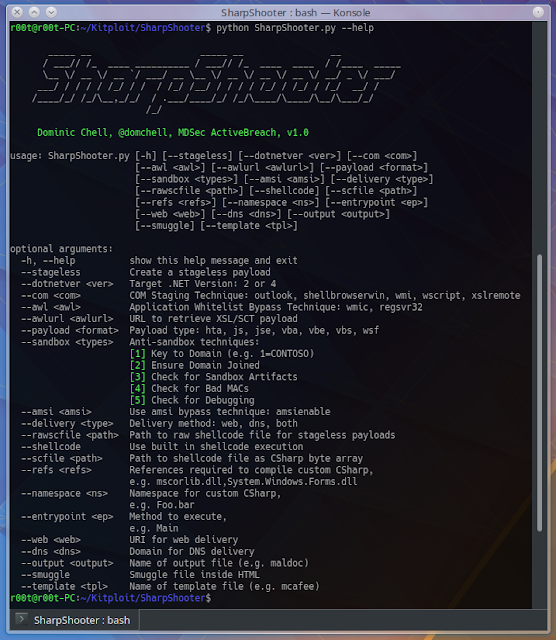 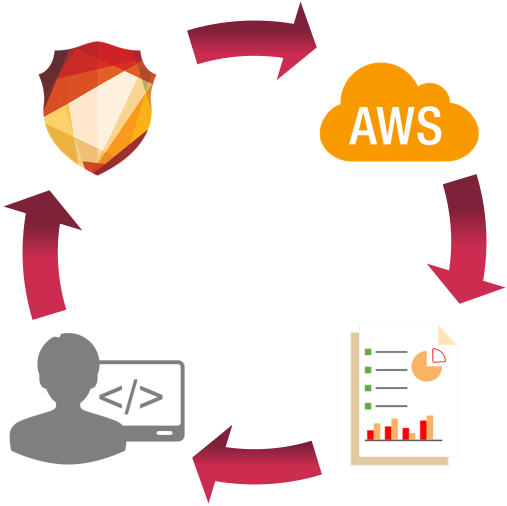 This script is intended to open as many sockets as you which between 1024 – 65535. Lower than 1024 works too but you have to be a root user for that.This can be useful when you don’t want people to map out your device and see what you’re running and not, so it’s a small step to defeat reconnaissance.Portforge uses a technique built-in the Crystal compiler called Fibers. They are very much like system threads but Fibers is a lot more lightweight & the execution is managed through the process 1.The larger range you pick, the longer it takes for the script to load up every socket but I’ve tried my best to optimize the script so it should just take a couple of minutes (depending on the system of course).The script works in 2 steps: It first performs its own scan on the system to see which port is already open. The open ports is then put on one list and the closed ports are put on another list. The next step is opening the closed ports, so the script picks the list with all the closed ports and opens a socket on every one of them.While the main fiber is opening a socket on every port, another fiber is called under the main one which listens for incoming connections and closes it directly. This process is repeated indefinitely, or until you interrupt the script.Usage:./portforge IP startport endportDemo: Download Portforge.Cr

macSubstrate is a platform tool for interprocess code injection on macOS, with the similar function to Cydia Substrate on iOS. Using macSubstrate, you can inject your plugins (.bundle or .framework) into a mac app (including sandboxed apps) to tweak it in the runtime.All you need is to get or create plugins for your target app. No trouble with modification and codesign for the original target app. No more work after the target app is updated. Super easy to install or uninstall a plugin. Loading plugins automatically whenever the target app is relaunched. Providing a GUI app to make injection much easier.Prepare Disable SIP Why should disable SIP System Integrity Protection is a new security policy that applies to every running process, including privileged code and code that runs out of the sandbox. The policy extends additional protections to components on disk and at run-time, only allowing system binaries to be modified by the system installer and software updates. Code injection and runtime attachments to system binaries are no longer permitted.Usagedownload macSubstrate.app, put into /Applications and launch it. grant authorization if needed. install a plugin by importing or dragging into macSubstrate. launch the target app. step 3 and step 4 can be switched Once a plugin is installed by macSubstrate, it will take effect immediately. But if you want it to work whenever the target app is relaunched or macOS is restarted, you need to keep macSubstrate running and allow it to automatically launch at login. uninstall a plugin when you do not need it anymore. PluginmacSubstrate supports plugins of .bundle or .framework, so you just need to create a valid .bundle or .framework file. The most important thing is to add a key macSubstratePlugin into the info.plist, with the dictionary value: Key Value TargetAppBundleID the target app’s CFBundleIdentifier, this tells macSubstrate which app to inject. Description brief description of the plugin AuthorName author name of the plugin AuthorEmail author email of the plugin Please check the demo plugins demo.bundle and demo.framework for details.Xcode TemplatesmacSubstrate also provides Xcode Templates to help you create plugins conveniently: ln -fhs ./macSubstratePluginTemplate ~/Library/Developer/Xcode/Templates/macSubstrate\ Plugin Launch Xcode, and there will be 2 new plugin templates for you. SecuritySIP is a new security policy on macOS, which will help to keep you away from potential security risk. Disable it means you will lose the protection from SIP.If you install a plugin from a developer, you should be responsible for the security of the plugin. If you do not trust it, please do not install it. macSubstrate will help to verify the code signature of a plugin, and I suggest you to scan it using VirusTotal. Anyway, macSubstrate is just a tool, and it is your choice to decide what plugin to install.Download macSubstrate

A simple command line tool for finding AWS credentials in files. Optimized for use with Jenkins and other CI systems.I suspect there are other, better tools out there (such as git-secrets), but I couldn’t find anything to run a quick and dirty scan that also integrates well with Jenkins.Usage:To install just copy it where you want it and install the requirements:pip install -r ./requirements.txtThis was written in Python 3.6.To run:python cred_scanner.py That will scan the local directory and all subdirectories. It will list the files, which ones have potential access keys, and which files can’t be scanned due to the file format. cred_scanner exits with a code of 1 if it finds any potential keys.Usage: cred_scanner.py [OPTIONS]Options: –path TEXT Path other than the local directory to scan –secret Also look for Secret Key patterns. This may result in many false matches due to the nature of secret keys. –help Show this message and exit.To run as a test in Jenkins just use the command line or add it as a step to your Jenkins build. Jenkins will automatically fail the build if it sees the exit code 1.Download Cred Scanner 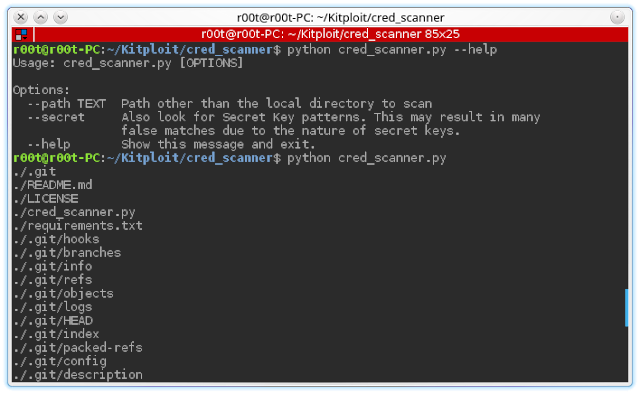 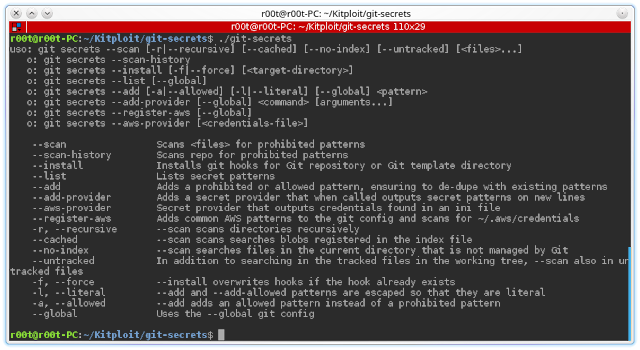 Cloud Custodian is a rules engine for AWS fleet management. It allows users to define policies to enable a well managed cloud infrastructure, that’s both secure and cost optimized. It consolidates many of the adhoc scripts organizations have into a lightweight and flexible tool, with unified metrics and reporting.Custodian can be used to manage AWS accounts by ensuring real time compliance to security policies (like encryption and access requirements), tag policies, and cost management via garbage collection of unused resources and off-hours resource management.Custodian policies are written in simple YAML configuration files that enable users to specify policies on a resource type (EC2, ASG, Redshift, etc) and are constructed from a vocabulary of filters and actions.It integrates with AWS Lambda and AWS Cloudwatch events to provide for real time enforcement of policies with builtin provisioning of the Lambdas, or as a simple cron job on a server to execute against large existing fleets.“Engineering the Next Generation of Cloud Governance” by @drewfirment FeaturesComprehensive support for AWS services and resources (> 100), along with 400+ actions and 300+ filters to build policies with.Supports arbitrary filtering on resources with nested boolean conditions.Dry run any policy to see what it would do.Automatically provisions AWS Lambda functions, AWS Config rules, and Cloudwatch event targets for real-time policies.AWS Cloudwatch metrics outputs on resources that matched a policyStructured outputs into S3 of which resources matched a policy.Intelligent cache usage to minimize api calls.Battle-tested – in production on some very large AWS accounts.Supports cross-account usage via STS role assumption.Supports integration with custom/user supplied Lambdas as actions.Supports both Python 2.7 and Python 3.6 (beta) Lambda runtimes Quick Install$ virtualenv –python=python2 custodian$ source custodian/bin/activate(custodian) $ pip install c7n UsageFirst a policy file needs to be created in YAML format, as an example:policies:- name: remediate-extant-keys description: | Scan through all s3 buckets in an account and ensure all objects are encrypted (default to AES256). resource: s3 actions: – encrypt-keys- name: ec2-require-non-public-and-encrypted-volumes resource: ec2 description: | Provision a lambda and cloud watch event target that looks at all new instances and terminates those with unencrypted volumes. mode: type: cloudtrail events: – RunInstances filters: – type: ebs key: Encrypted value: false actions: – terminate- name: tag-compliance resource: ec2 description: | Schedule a resource that does not meet tag compliance policies to be stopped in four days. filters: – State.Name: running – “tag:Environment": absent – "tag:AppId": absent – or: – "tag:OwnerContact": absent – "tag:DeptID": absent actions: – type: mark-for-op op: stop days: 4Given that, you can run Cloud Custodian with:# Validate the configuration (note this happens by default on run)$ custodian validate policy.yml# Dryrun on the policies (no actions executed) to see what resources# match each policy.$ custodian run –dryrun -s out policy.yml# Run the policy$ custodian run -s out policy.ymlCustodian supports a few other useful subcommands and options, including outputs to S3, Cloudwatch metrics, STS role assumption. Policies go together like Lego bricks with actions and filters.Consult the documentation for additional information, or reach out on gitter. Get InvolvedMailing List – https://groups.google.com/forum/#!forum/cloud-custodianGitter – https://gitter.im/capitalone/cloud-custodian Additional ToolsThe Custodian project also develops and maintains a suite of additional tools here https://github.com/capitalone/cloud-custodian/tree/master/tools:SalactusScale out s3 scanning.MailerA reference implementation of sending messages to users to notify them.TrailDBCloudtrail indexing and timeseries generation for dashboardingLogExporterCloud watch log exporting to s3IndexIndexing of custodian metrics and outputs for dashboardingSentryLog parsing for python tracebacks to integrate with https://sentry.io/welcome/Download Cloud-Custodian 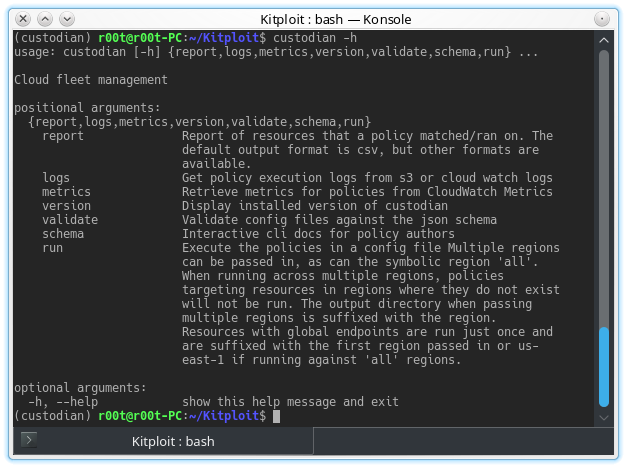